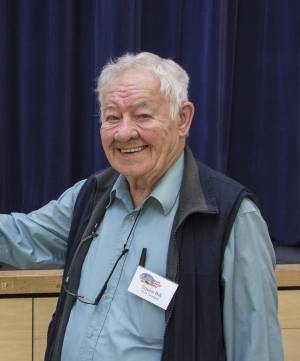 The photo of Bill wearing his “Squire Bill” Show Secretary badge was taken by Jon Evans at the AGS Southern Show at Wimborne on 19th May 2018, when Bill handed over his duties as Show Secretary to Ben Parmee, after many years of service in this role.

Here are a couple of photographs of Bill doing what he liked best.

Bill in his natural habitat (1)

with his National Collection of Lachenalia

The image of Bill in one of his greenhouses with the National Collection of Lachenalia also shows what he did to control light levels – shading for the summer and artificial lighting for the winter. The photo was taken the day before the SABG Spring meeting in 2018, the last one that Bill was able to attend.

Bill in his natural habitat (2) 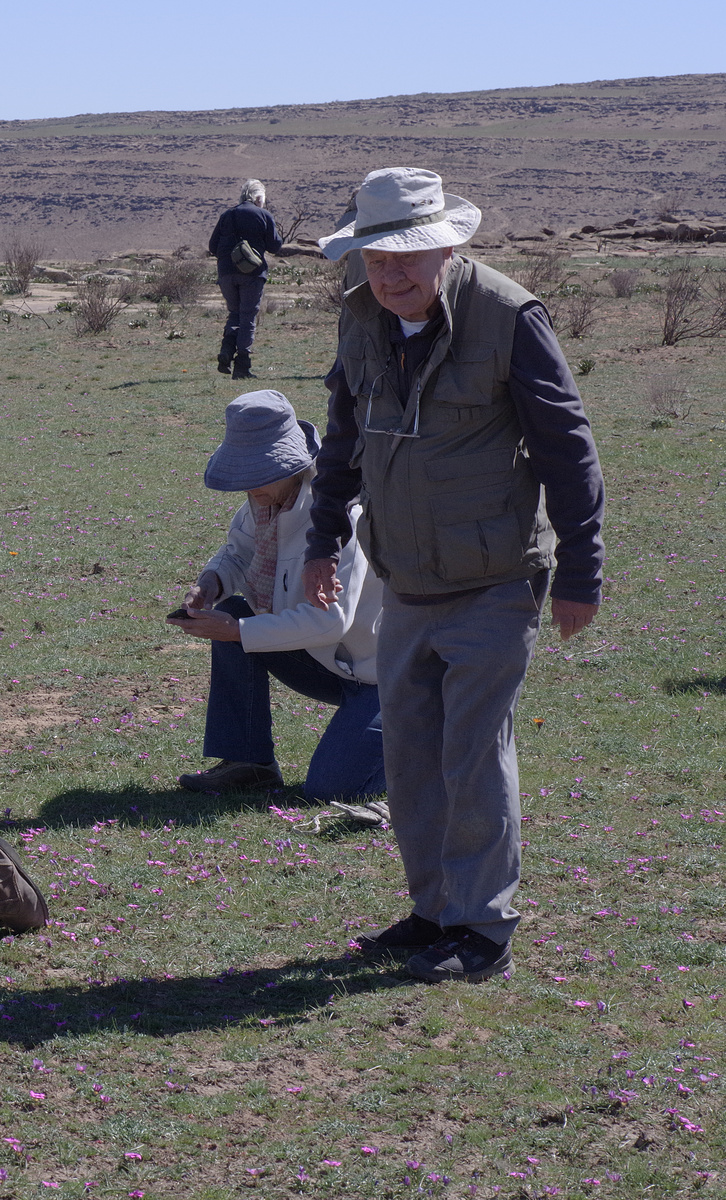 The magenta flowers carpeting the ground are Romulea komsbergensis.

[Click on the image for a larger version, which may be slow to appear, but can be enlarged further]

This display of just a few of Bill Squire’s plants was presented by Tony Bennett with the assistance of Leo Squire at the meeting of the Dorset Group of the Alpine Garden Society on the 1st November, 2018. A small but appropriate tribute to a wonderful man. Bill was well known as the former Chairman of the Dorset Group and long-standing Show Secretary for the Alpine Garden Society Wimborne Show, until very recently Chairman of the Southern African Bulb Group, and an active member of the Nerine and Amaryllid Society and the Scottish Rock Garden Club.

Links to other web pages about Bill Squire

[Copyright © 2022 by the Southern African Bulb Group and Richard White.]